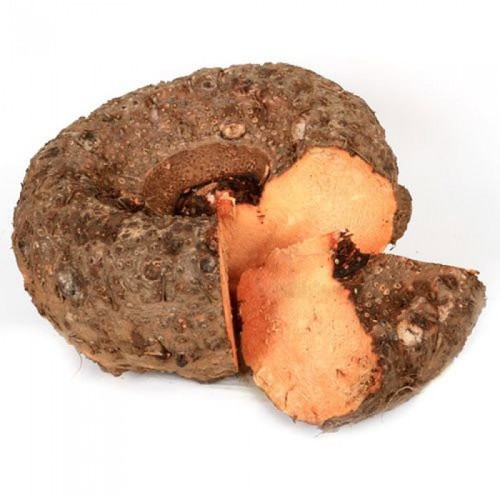 About elephant yam have been widely used as a traditional food in India, Bangladesh, China, and Southeast Asian countries. Furthermore, elephant foot yam tubers are nutritionally rich because they contain large amount of carbohydrates (≤18%) as well as proteins (≤5%), fats (≤2%), calcium, and vitamins [1,3].in southern India, Karnataka Suvarna gedde especially kerala, it is known as chena (ചേന), the tuber has been a part of people's diet for centuries. In tamil it is called chénaikkizangu (சேனைக்கிழங்கு). It is mainly served as steamed pieces (പുഴുക്ക്) along with traditional chutney made of green chilli, coconut oil, shallots and garlic although the curry preparation is also common as a side dish for rice. It is made into a thick chutney (masiyal, மசியல்), typically eaten as an accompaniment with a rice dish. It has served as the main source of carbohydrates especially during the famine stricken days of the region in the past along with the more popular tapioca.Rnrnas medicinernthe elephant-foot yam is widely used in indian medicine and is recommended as a remedy in all three of the major indian medicinal systems: ayurveda, siddha and unani.The corm is prescribed in those systems for a variety of ailments.